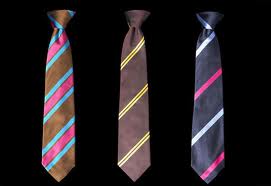 Men’s Wear
I recently went to one of the big box Men’s Wear stores and bought clothing in the amount of just under $400.00. I ended up with some good deals. A few days later, I visited one of the oldest Men’s Wear stores in Canada and found a single great deal for an amazing jacket at $125.00. I admit, I have never been the greatest shopper when it comes to clothing. Yet when I finally decided to visit this small store it ended up being one of the best shopping experiences of my life. Men in general do not like to shop for clothing to such a point where many are just go in and get out. I’ve learned in the last few weeks that if a person wants to look good they need to spend time being part of the whole process and being patient with it.

Band Names
The music business is truly at a standstill. No one is coming up with creative band names anymore. You now have singer-songwriters who are giving themselves what sound like band names. At some point that is surely going to come to an end. If some of the newer musicians want to really grab the attention of audiences then they should start coming up with ridiculous names. I would happily audition as the bassist for an act called something like “The Clean BBQ Brushes”. Although that name is likely already taken by some folk group playing at some coffee shop in exchange for free hipster-roasted coffee.

Camp
A line I wrote a few days ago “I’ve signed up my boots for boot camp” made me think back to my kid days. I never wanted to attend any summer camp involving overnight stays so I didn’t. What drove me absolutely crazy though was having to attend “day camps” multiple summers for french-language training. My Dad thought it was a good idea but of course I had little to no interest, and wanted to be outside playing basketball, somewhere playing music, or anywhere but a classroom.  After all, I was supposed to be on summer break, wasn’t I?

Green Tea
Studies are constantly being released that say something is good for you followed up by another study that says that same something may be bad for you. I saw this example recently with green tea. I will take my chances and keep drinking it. The one study I do believe as far as a side effect is the one that says drinking lots of it will cause frequent urination….. Bravo Science for that obvious fact.

Gym Locker Room
For a person with obsessive-compulsive disorder, this place is a bit of a nightmare for many reasons. I can get into those perhaps at a later date. If I want a workout badly enough I will pull it together enough to walk to the cleanest shower possible and once completed, leave with the speed of light hoping not to accidentally crash into any other semi-nude men on the way back to my locker.