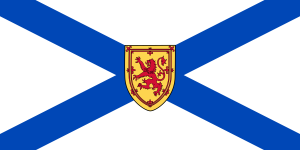 I consider myself politically correct and independent. I believe that the world would be better served by non-partisan politics. The best ideas of all sides of the spectrum dumped into one large melting pot.

Nova Scotia is now at the infancy of an election campaign. As if the news was not full of enough depressing and annoying shit already….

Last week, I spent some time reading about the revival of the Federal Rhinoceros Party. When they reappeared in the 2015 federal election campaign it was an absolute delight. It was nice to see satire and politics come back together the way it should be. A soup of satire spiced with some real wit and wisdom, with a few ideas that people might actually agree with.

Then a thought came to me. What if the Rhinoceros Party were to have a provincial wing (or horn I guess) in Nova Scotia? What would the policies look like? So after a few minutes of intense research, I am very pleased to give you a potential 10-point policy reflective of what a Rhinoceros Party Government in Nova Scotia would seek to accomplish.

1. Pass a bill requiring that Alexander Keith’s Beer return to being “Made Only in Nova Scotia”. The province’s craft beer industry has long surpassed the major brewers in quality product. Still, there was a time when the province was closely identified with being the home of the once legendary brew.

2. Move the Provincial Capital to Guysborough, and the Legislature to The Rare Bird Pub. By becoming the capital of Nova Scotia, Guysborough could see an unprecedented revival to the local economy.

3. Executive Appointments to Senior Government Positions would be awarded via winning Break-Open tickets. As positions become available, announcements would be made advising of the position and what tickets are to be playable in order to potentially win the position.

4. Turn the Victoria General Site into a Casino. Once a new hospital is built to replace the aging Victoria General, the existing site would be turned into a modern Casino Resort. Halifax would see a new era in the entertainment economy. They would be able to become the Atlantic City of The North!

5. Give all civil servants a raise by buying them platform shoes.

6. Pass a law requiring Sydney Crosby to be traded to the Toronto Maple Leafs in exchange for a 12-pack of Big-8 Spring Water.

7. Rename Peggy’s Cove to “Margaret’s Quiet Village” and limit tourism visits to happen only during blizzards. This measure would be enacted to effectively reduce visitors to nil, and restore the place to a quiet fishing village.

8. Passing Legislation allowing actual Elks to join The Elks of Canada. Thereby expanding membership beyond the base of humans.

10. Automatic Life Sentences for Animal Cruelty Offences. Offenders would be confined to a small room, and would be subjected to the Saturday Night Fever Soundtrack on repeat, for the rest of their lives.