An abstract collage of newspaper headlines 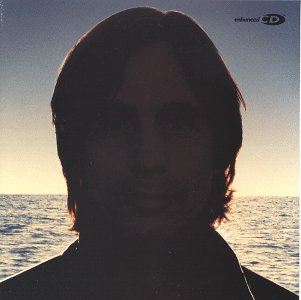 Jackson Browne’s 1996 album Looking East delivered mostly messages of positive reflection. It is a journey of self-discovery and appreciation for living. (“Some Bridges” and “Alive in The World”).

The fourth track of the album starts as a chorus of harmonics before Browne starts singing what has become a frighteningly accurate prediction of the present day stream of news.

Starting around the late eighties, the news was becoming more of a sideshow. American news stations in particular began seasoning horrendous flavours into their endless dishes of sour-tasting broadcasting. They would deliver lots of info in twenty minutes and then set up some sort of lead to drag you into the next part of the hour. They started to spend those twenty minutes narrowly focusing on one sensationalist story while directors were behind the cameras coming up with something else to drone on. It all worked, keeping viewing audiences attached to their television screens.

The top line quoted above represented Chevrolet’s successful patriotic marketing slogan from 1987 through 1994. When they built some of the best trucks and cars produced in the United States decades before and at times during the marketing campaign, they arguably were “The Heartbeat of America”. The slogans in this part of the song are meant to prove that american news agencies want you to believe they are the definitive ones driving the most accurate information across the airwaves. The news outlet that is “your true voice” will be the one you are most likely to believe. Regrettably, we are now in an age where gullible readers are drawing information from many sources with obvious biases.

“Do people really spend millions upon millions
To make us think we care about the planet
At the same time polluting and looting the only world we’ve got
So they can maximize their profit?
People do“

A warning about global warming. Many companies spoke of all the great things they were supposedly doing for the earth. All the while knowing their actions contributed to the now constantly sounding alarms of climate change. These alarms are loudly ringing from scientists who have produced proof beyond a doubt of a growing climate crisis.

“And in the flickering light and the comforting glow
You get the world every night as a TV show
The latest spin on the shit we’re in, blow by blow
And the more you watch, the less you know”

“Beyond the hundred million darkened living rooms
Out where the human ocean roars
Into the failing light, the generations go
Heading for the information wars”

This is where Browne’s mid-nineties prediction crescendos. In 2019, we have millions upon millions of people huddled around their televisions and devices. The spin you watch is the one you will believe the most. The more you watch of one, the less you might know about the actual truth. Everyone is reading everything they can in a constant storm. We are witness to rising tolerance of intolerance. Hatred and escalating stories of violence has brought generations a few steps backwards. Through television, social media and the need for instant content, we have been drafted as soldiers in the information wars. The world contributes to the chaos via social media postings and like/love clicks on platforms with careless attitudes towards user privacy. More information is generated through those likes. The chaos becomes less clear for many more. Perhaps the 2019 update of this song should have the line; “The more you click, the less you know.”